I am sure all Book lovers would agree with me that when we read a book, it becomes a part of us. That is one of the reasons I have always enjoyed a good read over a movie. I like the process of unearthing a story page by page, getting to know the characters, living their lives, it is almost like a motion picture going on in my head. And in doing so, very often I have fallen in love with some of the characters. So today I would like to talk about four of my favourite Heroes from Literature

I am a die-hard Holmes fan [I am sure many of us are], so this was easy. He had to come first.  The tall, lean, balding detective from 221B Baker Street with a keen eye and an even sharper mind is of course the most effortlessly cool Hero ever. Remember his solution by unexpected means principle? Always comes handy when you need to take a tough decision or choose from equally difficult choices. I have learnt one of the greatest life lessons from him, during a crisis keep your cool and think logically! But then that is elementary isn’t it?

Atticus Finch from ‘To Kill the mocking bird’ is someone who has stayed with me ever since I read the book. A middle aged father of two children with no great talent, so what is it that makes Finch my favourite? Well, the very fact that he so normal, so relatable and yet he symbolizes conviction and character. Look at all the great leaders the world has had, be it Gandhi or Mandela, they are all like Atticus, they stood for their people and their cause, not because it was heroic but because for them, that was the right thing to do. 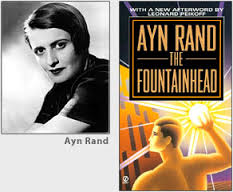 Now Howard Roark is a Hero in the truest sense of the word. He isn’t like you and me. I do not think I have his talent or his perseverance or his level headedness or his ability to be so detached. I do not think I have the ability to take on the world and remain so unaffected at the same time. And that is why he is so inspirational. For me he embodies victory against all odds

I have this line saved on my computer, every time I feel like giving up, I read this and I get the strength to hope, to work harder, to dream bigger!

This was a difficult choice, because Anna isn’t really the embodiment of a strong woman. She in fact was weak and insecure and torn. In short she was flawed and that’s what endears her to me, because aren’t we all flawed? But how many of us have the courage to follow our hearts? How many of us are brave enough to take on a judgemental, hypocritical society?  So despite her weaknesses and transgression, Anna for me, stands for liberation. She stands for the right to make a choice.

I am sure you too have your favourites, characters who have influenced you and inspired you. I would love to know about them.